When we do a comparative analysis of high speed trains running around the world with the ones running in India , we arrive at the below charts which in itself will explain the state of Railways in India in terms of high speed. 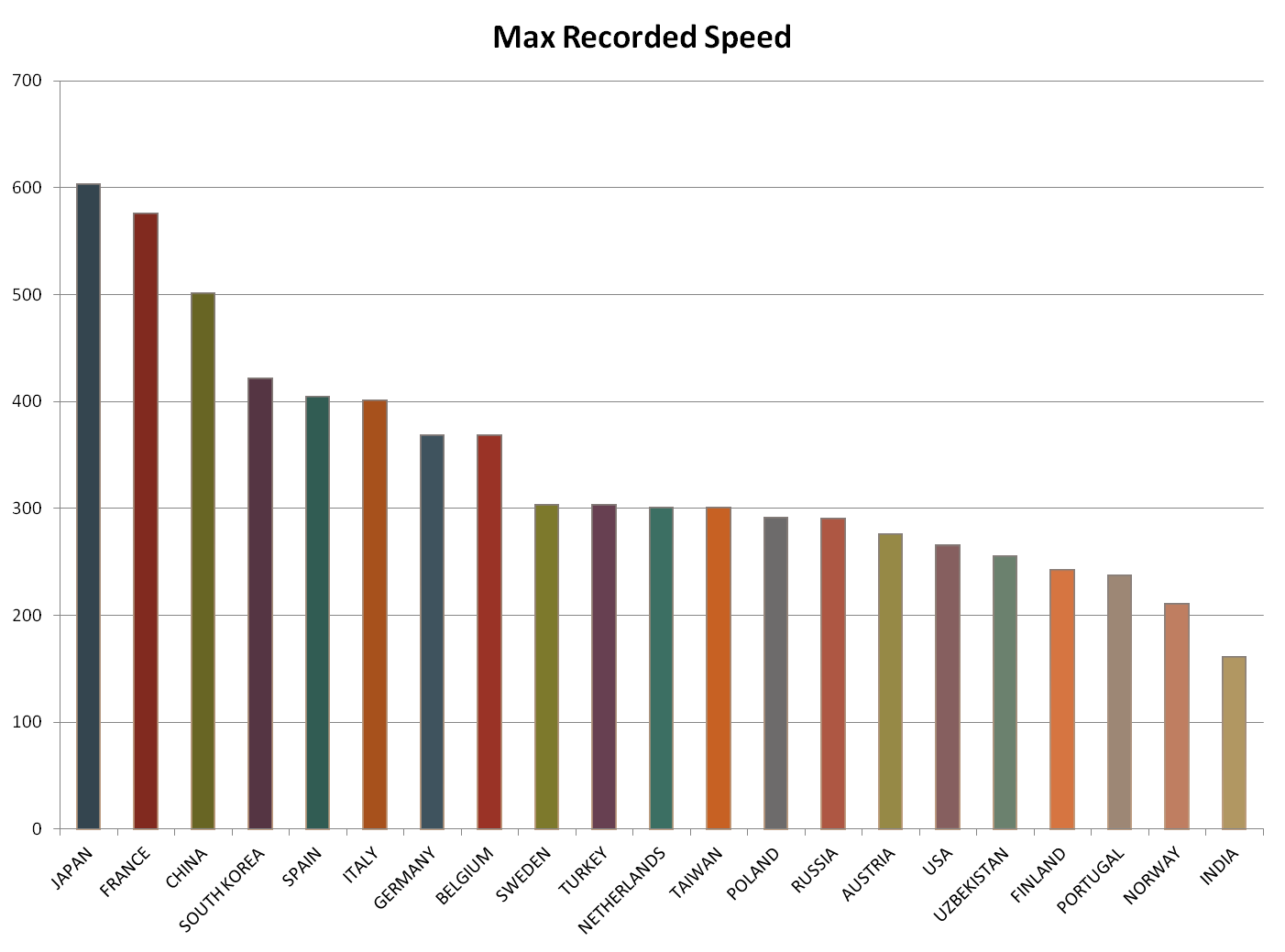 As of now, India does not have a high speed train with operational speed in excess of 200 kmph neither do we have something which has a top speed near to 200. The fastest train on the network is Gatimaan Express with maximum speed of 160 kmph and a much lower operating speed of 113 kmph.

With the world moving towards MAGLEV i.e. magnetic levitation with max speed in excess of 600 kmph and doing experimentation on Vactrain i.e. MAGLEV lines using partly evacuated tunnels that may reach a speed up to 1000 kmph, clearly the Indian Railways has a lot of homework to do and a lot of milestones to achieve to make itself recognized the world over.