We the people of India do hereby solemnly affirm that we would spend most of our time traveling.
This is motto with which most of us start our day . Particularly the passengers commuting through suburban and long distance trains. Speed of the trains has always been an issue with Indian Railways . Even if the train has a top speed of couple of hundred of kilometers , it still fares pretty badly when it comes to the Operating Speed of Indian Railways due to the long and too many stoppages, congestion, fogs, huge rush of passengers and many other factors.

Each one of us spends almost one-third of our life traveling , which if utilized judiciously could bring miracles. Majority of us cannot afford air travel and rely heavily on the railways and that’s the sole reason , Indian Railways is called as the backbone of the economy. In fact there used to be a budget separately for the Railways in spite of it being one of the government departments. The trend has now been discontinued from 2017-18 budget onwards .

Here we can find the graphical representation of the operating speed of the fastest train around the world. Our Railways has a lot of effort to put in this direction. 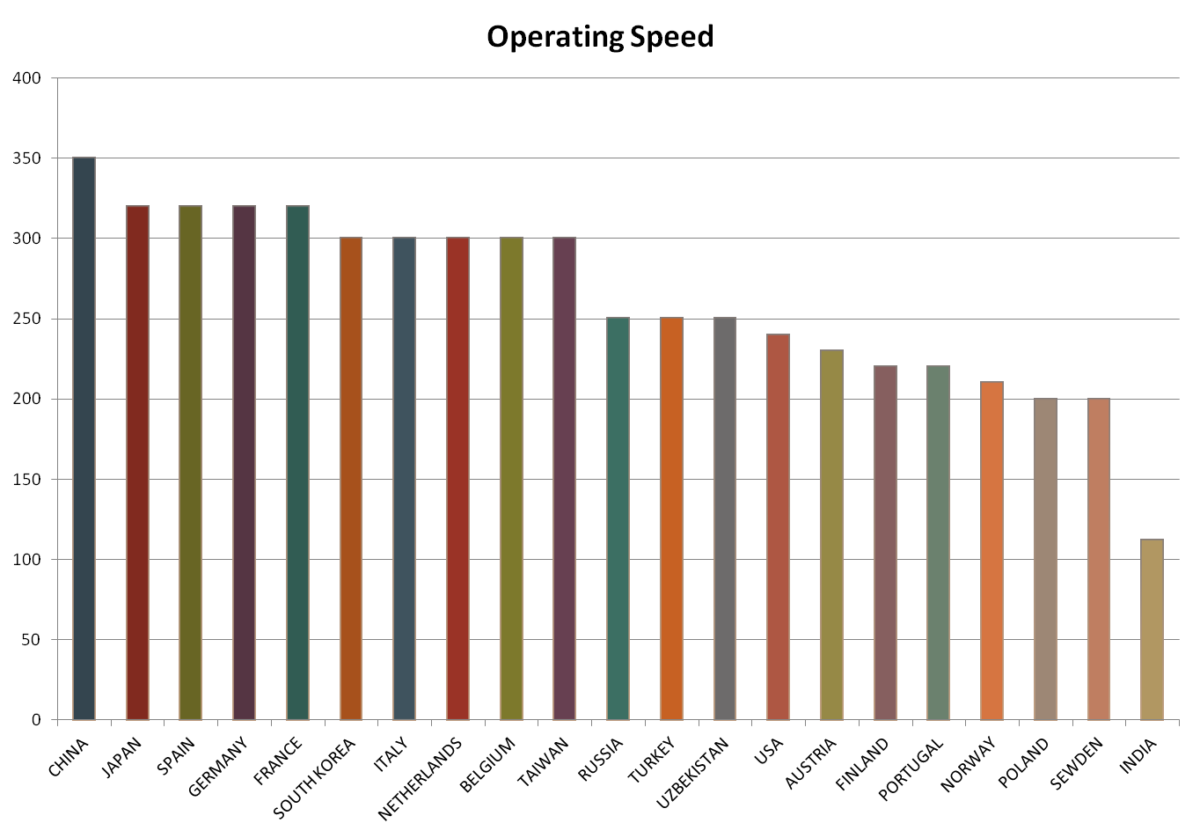 By operating speed we mean the average speed of the train throughout the journey.

The low operating speed of trains of Indian Railways can be attributed to various factors.
Few of them are:

1. Heavy Congestion on the network
2. Lack of dedicated corridors
3. Slow modernization
4. Lack of complete automation
5. A lot of the inspection and maintenance is still labor intensive.
6. Slow Expansion
7. Long stoppage time at stations.
8. Engine changeover at stations.
9. Design of trains
10. Shortage of funds
11. Political interference in the functioning of railways.

By reducing the stoppage time at the stations , the Railways can increase the operating speed of it’s trains to a considerable amount. But still then a lot of factors come into play.Surely we are moving forward but the pace at which it is being done is too slow and the speed needs to be accelerated.